Jonathan Robert Fowler (January 27th 1935) was the 42nd US President, elected into power in January 1988 until August 1990. A Democratic-Republican, Jonathan Fowler worked his way up from Governor of Ohio to the Presidency over the course of eight years. Badly injured saving his daughter from an assassins bullet, Fowler was forced to stand down from the presidency.

Born into an Ohio pig farming family, the young Jonathan Fowler came from a long line of farmers and his career in politics seemed but a daydream to him and his brother Jack. Having lost their father during the Battle of Midway in the Second World War, the Fowlers were forced to sell the farm and move to New York to find work. In order to help his mother pay the bills, Jonathan Fowler joined the US Navy in 1953, serving primarily on board the submarine fleet as a radio operator. He was on board the USS Nautilus when she made her cross-polar run in 1958, and ended his naval career in 1973 on board the Skipjack class USS Shark and moved back to Ohio to live with his wife, Julie (who he married in 1969) and his daughter Kelly. About this time, Jon Fowlers love of politics resurfaced and he took several courses at the Eureka College in the study of politics before being elected to the Ohio House of Representatives in 1976, and was subsequently elected lieutenant governor in 1978. In 1982, Fowler ran for governor and defeated Progressive Party Jim Rhodes for the title.

Elected the Governor of Ohio in May 1982, Jonathan Fowler sought to unify the divided state which had been at war with itself since the Kent State shootings, he introduced new laws to broaden the freedom of demonstration, whilst increasing the funding to the police and encouraging better equipment usage to prevent confusion within the force. Governor Fowlers time in office was relatively uneventful however, since the Governor had had personal experience of financial hardship, the one area he toiled the hardest in was finances, as he sought to make Ohio the most economically profitable state in the United States, earning him the nickname 'Fiscal Fowler'. Jonathan Fowler ran for the Democrats in the 1988 primaries and gained enough popularity to go through to the final race where he went up against Progressive Party Governor Michael Dukakis and defeated him.

As President of the United States, Fowler sought to encourage American business by the leaking of advanced military and NASA technologies into the market to give American made products an edge in the global market. He also sought to work with the Soviets on the reduction of Strategic weaponry, whilst at the same time lobbying for a more powerful navy and airforce to represent American interests around the globe. He often warned against the financial problems of Communism and the hardships of the people under the Socialist way, however, he admitted that in a perfect world it is a good idea, but states that 'this is far from a perfect world'.

During his presidency President Fowler was faced with the resurgance of the 'Weathermen' Organisation which had been dormant since the 1970s. Despite introducing new laws and legislations to give law authorities more power to deal with terrorism, President Fowler was shot and severely injured in July 1990 forcing him to stand down from power. The QNN report on the incident is displayed below:

"A stunning and tragic turn of events today in Washington D.C has resulted in President Jonathan Robert Fowlers departure from office. The President was attending a special ceremony after returning from his recent visit to the storm ravanged Hawaii, to present awards to two outstanding NASA crewmen who had recently returned from their twentieth mission. Commander William T Riker and Engineer Geordi La Forge had just been presented the awards by the presidents daughter Kelly Fowler when a man pushed his way to the front of the crowd and pulled out a sidearm. President Fowler leapt to his daughters defense, pushing her out of the way and taking the bullet intended for her. In the ensuing chaos the gunman managed to escape however the FBI team lead by Detective Del Spooner, have identified the man as 'Sonny' and most likely a member of the secretive 'Weathermen' organisation which has recently begun a campaign of destruction across America. CIA representative Jack Ryan has told QNN that he did not think that the 'Weathermen' organisation had any source of external funding and that it is primarily a homegrown terrorist organisation which is using the rise of Socialist movements in the eastern world and Africa to promote their growth. However, an agent from the recently formed Counter-Terrorist Unit or CTU, Jack Bauer told QNN that the 'Weathermen' operatives were well equipped, well trained and well funded which indicates that somewhere down the line, there is a large organisation, nation or rich person sponsoring the terrorists.

President Fowler is currently in a stable condiction in hospital but his wife, Julie Fowler has stated that her husband wishes America 'not to be held back by a wounded man, and to march forward stronger than ever into the future'. Their daughter Kelly is said to be traumatised and unconsolable, it is currently unknown why she was targetted instead of the President but the event has shaken the White House to the core and internal security has been raised to its highest level. Until a new leader can be elected in the elections which have been now called, Vice President Roger Durling will continue to run the country on a passive basis."

Following his retirement from office, Jonathan R Fowler and his family returned to Ohio where Julie Fowler became a very successful lawyer, Jonathan Fowler became an author, writing a series of novels based on his time at sea in the USN, novels which reached critical acclaim with publishers and reviewers alike, and Kelly Fowler, she became a talented musician, eventually forming her own band and touring America, much to her fathers chagrin.

Jonathan Robert Fowler died on the 7th April 2008 at the age of 73 of a heart attack, thought to have been an eventual result of his injury.

Jon Fowlers brother, Jack joined the US Army and served in Vietnam as a Helicopter pilot where he died in 1972 after his Cobra attack helicopter was shot down, his body, however, was never recovered.

Jon and Julie Fowler had one daughter, Kelly who was born in 1971. 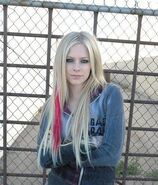 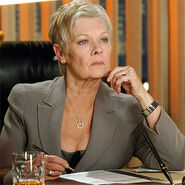 Jack Fowler
Add a photo to this gallery
Retrieved from "https://qpawn.fandom.com/wiki/Jonathan_Robert_%27Bob%27_Fowler?oldid=3881"
Community content is available under CC-BY-SA unless otherwise noted.